Back To All News

WNC Founder Will Cooper Sr. Awarded Prestigious Honor by the National Housing Conference for His Lifetime of Exceptional Commitment to Affordable Housing 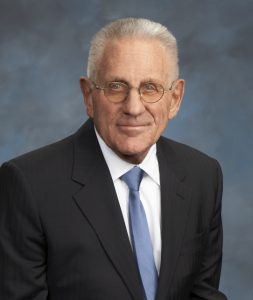 WNC Founder and Chairman of the Board Will Cooper Sr. has been named the 2019 recipient of the prestigious Carl A.S. Coan Sr. Award, presented by the National Housing Conference. The honor has been awarded just 15 times since its establishment in 1984 to individuals who have demonstrated an exceptional commitment to affordable housing.

Cooper will be presented the award during the National Housing Conference’s 47th Annual Housing Visionary Awards Gala. Held on June 6 in Washington D.C., the gala will celebrate the achievements of organizations and individuals who have made significant contributions toward advancing affordable housing.

“A pioneer in the modern affordable housing industry, my father has dedicated nearly half a century to exploring and delivering solutions that provide underserved communities with safe, quality housing,” said WNC President and Chief Executive Officer Will Cooper Jr. “He has been a tireless advocate for low-income housing for most of his life, and continues as a vocal champion to this day, both on Capitol Hill and across the nation.”

The National Housing Conference has been defending the American Home since 1931. We believe everyone in America should have equal opportunity to live in a quality, affordable home in a thriving community. NHC convenes and collaborates with our diverse membership and the broader housing and community development sectors to advance our policy, research and communications initiatives to effect positive change at the federal, state and local levels. Politically diverse and nonpartisan, NHC is a 501(c)3 nonprofit organization.

The Carl A.S. Coan, Sr., Public Service Award was established in 1984 in honor of Carl A.S. Coan, Sr., who was considered by his peers to be one of the most effective staff aides on Capitol Hill. The award is presented periodically in recognition of outstanding commitment and leadership in the effort to provide decent, safe and affordable housing in this country and publicizes the work of individuals both in and out of the housing arena who have by their actions ensured that we remain one of the best housed nations on earth.